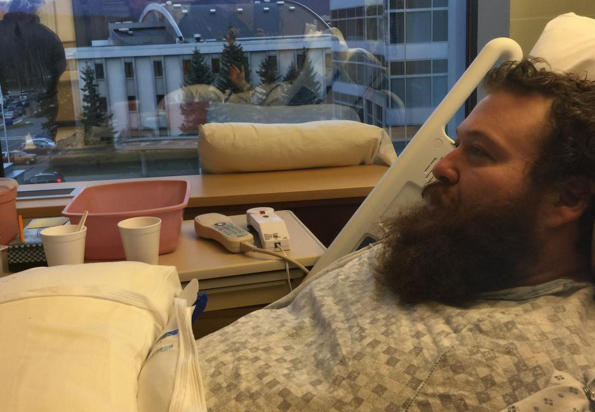 Action Bronson and food have a longer, more passionate relationship than I have ever shared with a woman. Bronson was a professional chef long before he became a rapper, and to this day his lyrics are heavily garnished with references to exotic dishes. When he isn’t in the studio, Bronson is the host of Vice’s food based series Fuck, That’s Delicious in which he, for lack of a better description, goes places eating things and generally being dope.

So it comes as very little surprise that today, in a story that exemplifies the saying “live by the sword, die by the sword,” AB was hospitalized in Alaska for eating some weird shit.

According to his Instagram, the Queens NY rapper was sent to the hospital for some unexpected emergency surgery after eating bowhead whale meat, beluga blubber, and raw caribou.

First and foremost let’s get one thing out of the way: Action is doing well after surgery. Now let’s get to the jokes.

This may come across as ignorant, but there are some questions I have to ask. Questions like:

All jokes aside, I’ll give props to Bronson for living the life he describes in his songs: traveling the world trying exotic foods no matter the cost to his health. Be aware, there is no food that Action Bronson truly fears. +10 street cred.