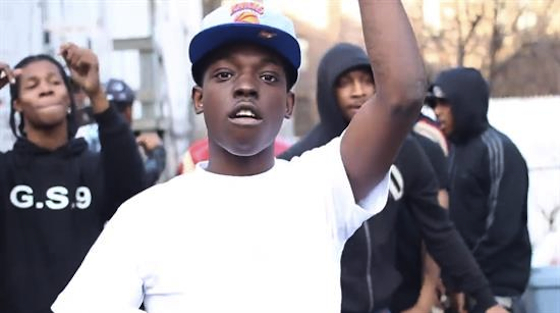 Damn, we’re coming up on the 2nd anniversary of Bobby Shmurda’s first (read: only) hit “Hot Nigga” already? That means we’re almost at the 1.5 year anniversary of his incarceration. Time flies.

Still in jail awaiting trial for numerous charges, up to and including attempted murder, Bobby has had bail denied time and time again. The newest development in this ongoing comes from Shmurda’s mother, who recently told XXL that while locked up, he has been working on a script detailing the origins of GS9, several other members of which are being held for trial as well.

Uhh, Bobby, that might now be the best idea.

Remember the last thing you wrote? That song that made you famous? Remember how, as we have previously discussed, the lyrics are like 75% incriminating evidence? Remember Mitch? Remember how he caught a body a week and almost two years ago? He’s being charged for that.

This seems like a half-assed scheme the DA might cook up in a CSI knockoff. He doesn’t have enough evidence to convict, so he has a typewriter left in Shmurda’s cell hoping that, if left alone long enough, his burning desire to write will produce some kind of court admissible evidence.

So Bobby, do you get what I’m saying? This script is probably not a great idea. At the very least you gotta throw in some leprechauns or something that you can point to like “See? This couldn’t have happened. There are leprechauns. Leprechauns aren’t real”