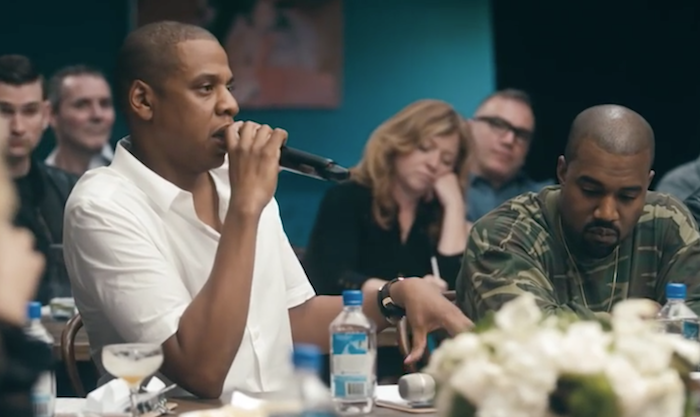 Jay Z Briefly Forgets That He Owns A Streaming Service▼-5

Story begins in 1997 when Jay released “Big Pimpin” and may or may not have gotten the appropriate legal rights to the famous sample that makes up the backbone of the beat. Jay and producer Timbaland were of the opinion that the samples, from the Egyptian song “Khosara, Khosara”, was cleared. The family of composer Baligh Hamdi however say otherwise, and have launched a lawsuit against his royal HOVness.

On the first day of the trial Jay was asked by the judge what he does for a living, presumably because the judge has been in a coma since 1992.

“I make music, I’m a rapper, I’ve got a clothing line, I run a label, a media label called Roc Nation, with a sports agency, music publishing and management. Restaurants and nightclubs… I think that about covers it.”

Until his attorney quickly reminded him that he also owns a streaming service.

First things first: Jay, your attorney just called you out in front of the courtroom. He seems like the kind of guy that run up on you while you’re talking to girls at at a club and loudly ask why your wife isn’t here tonight. if you want some more tactful representation, give me a call and I’ll set you up with my people. They ain’t passed the bar but they know a lil bit.

Now that that’s out of the way: this is embarrassing for Jay. I’d say it’s a lot like when you’re introducing your kids to people and you just can’t remember the name of the little weird one who insists on wearing gloves even in the summer. Keith, or Kyle maybe. Doesn’t matter, because you just pretend that you don’t notice him there and move on.

That metaphor might be a stretch but it’s safe to say that, despite the $56 million he spent on it, Tidal is not Jay’s highest priority. And after all the initial boasting, talking it up, and twitter ranting, I’m not super impressed by that.

I wanted to give Jay a -10 for this, but I like that when asked to give his profession the first thing Jay says is that he is a rapper. I think that’s worth something, so let’s only make this a -5