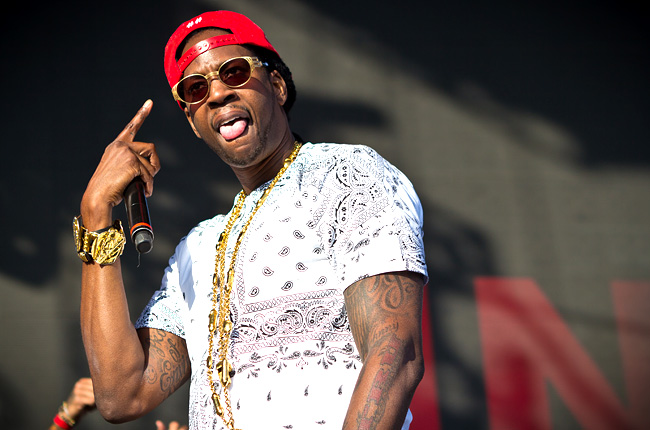 Okay, imagine that your tour bus is cruising through Oklahoma in the dead of night when all of a sudden you hear sirens. A police car rolls up, pulls you over, and next thing you know the cops are at the door demanding that you let them in to search the bus. What do you do? Well, if you’re 2 Chainz you lock the door, demand to see a warrant, and just kick back until they tow the bus. Then you continue to kick it while the OKC PD saves you some valuable money on gas.

The first thing I want to point out here is that The Artist Formerly Known As Tity Boi knows his rights. Props to him for that, because you need to know your rights when you’ve got weed, pills, scales, a couple pistols, and a shotgun on you. Which, it turns out, he did.

The second thing worth mentioning here is that Mr. [Comme de Garcon, Mr. Alexander Wang, Mr.] Chainz could’ve easily had one of his crew claim responsibility and take one for the team right off the bat. Instead he stood by his people and fought the law until they literally dragged him away. With a tow truck. That’s loyalty and for that, more than anything else, I’m giving Chainz +100 street cred.