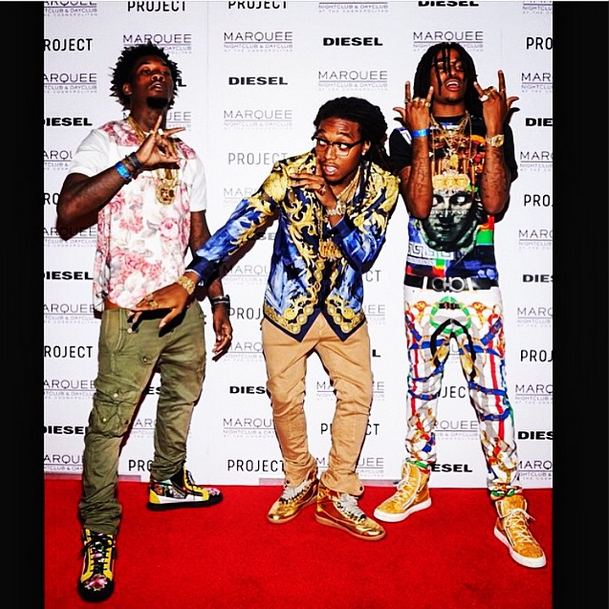 The rap group Migos was involved in a “Scarface style” shootout in Miami, according to TMZ. On the way back from a show, a car pulled up next to their van and opened fire, with Migos’ van firing back. Their manager was quoted on the shooting saying “There was at least 40 rounds being blasted on those n*****.”

These motherfuckers go HARD in the paint. I don’t even know where to go with this story, but you can be sure that if someone was mad enough to open fire on the highway, it wasn’t because they thought “Chinatown” wasn’t representative of their neighborhood. Whatever these dudes are involved in is slipping out the bando and starting to show itself in the streets. Migos firing back even though their sprinter got Swiss cheesed shows us these dudes mean business. I won’t be surprised if they pull a Cam and refuse to tell the cops who was shooting. Streets don’t snitch.

Onto the quote from their manager. I’m sure he’s a good friend and a great business mind but he’s throwing out quotes that make him sound like he’s getting interviewed on 168th for the 6pm news. Robinson Cano should drop Hov and pick this dude up, get his ass outa Seattle (real talk, leave Seattle to Frasier and go back to a real city).

This kind of story is almost unprecedented for such a popular group so they’re picking up a big 105 in their street credit.