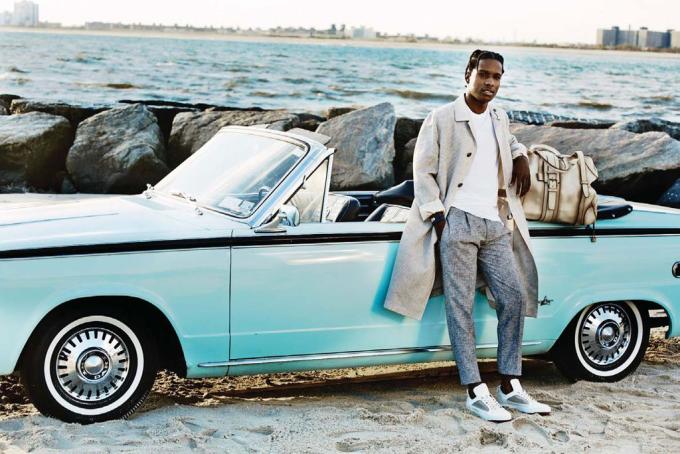 A$AP Rocky will be featured in promotional material for Salvatore Ferragamo’s S/S 15 line, along side Henrik Lundqvist, Douglas Booth, and Ryan MccGinley.

After publicly denouncing Hood By Air and Been Trill, that pretty motherfucker looks like he’s now promoting for Salvatore Ferragamo. This is definitely a step up as far as high fashion is concerned but it may be a step back for his street credit. I may be in the minority here but I really don’t give a fuck about Rocky’s fashion endeavors anymore. I have a great idea that I think I’m going to pitch his manager, tell him to throw on a pair of jeans and a t shirt and get to the fucking studio. That’s it, it’s not hard. Shit he probably has a studio in his house for fucks sake.

You could make a good argument that Rocky is the reason that any of the A$AP mob is famous. He was the first one to really come up and he put out a lot of good music early in his career. Since then, Ferg is the only A$AP dude that I regularly follow. Ferg still puts out FIRE. The thing Rocky needs to realize is that he’s a rapper, not a fashion designer. I’m sure he has a keen eye for colors and a few really good stylists but if he falls out of the rap game no one is going to give a fuck who he’s wearing.

I’m dropping him 15 in SC because I think he needs to get his priorities straight and stop thinking we give a fuck about what he’s wearing.