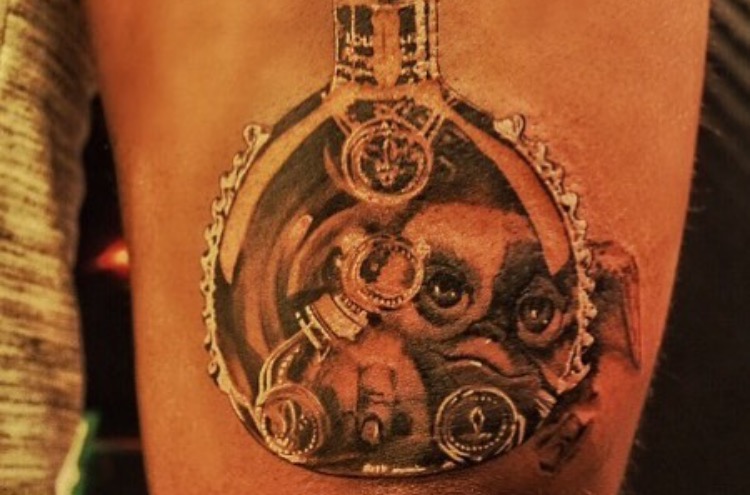 The Game is already a pretty heavily inked dude. This we know cause he posts a weekly IG of himself in his underwear. Most of his tattoos make sense. Compton across the stomach. NWA on his chest. LA on his face. Etc.

Today’s addition, apparently done in Denmark, is… interesting though. 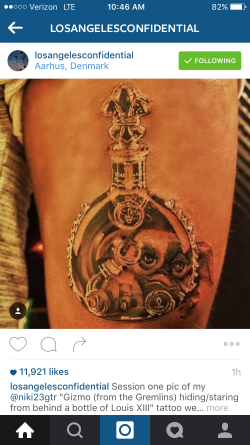 I never would have pegged The Game for a big Gremlins fan. I mean, everyone likes Gremlins but I don’t know many people who like it enough to get Gizmo inked on their bicep. And it’s looking out from behind a bottle of Louis XIII? Huh?

I guess that last part actually makes sense. I should invest in one that just straight up says “Warning: Do not feed this dude cognac after midnight”

Gotta remember to look into that.

But yeah, if The Game wants a Gremlins tattoo, The Game can get a Gremlins tattoo. I’m not gonna stop him. He says this is the start of a series based on things from his childhood. Here’s hoping that as a kid he was a  also fan of Ghostbusters.