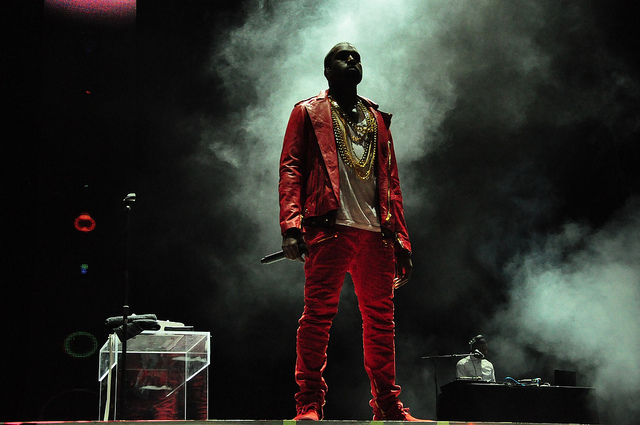 “As the first woman to win Album of the Year at the Grammys twice, I want to say to all the young women out there: There are going to be people along the way who will try to undercut your success or try to take credit for your accomplishments or your fame”

That’s an excerpt from Taylor Swift’s acceptance speech after snatching the Best Album grand prize at last nights Grammy Awards. A clear reference to Kanye West’s “Famous” off of The Life Of Pablo. The song caused waves when it debuted last Thursday for the line “I feel like me and Taylor might still have sex… I made that bitch famous,” instantly garnering accusations of misogyny.

So the first thing this tells us is that maybe Taylor didn’t actually approve the use of this line, as Yeezy previously claimed. Also, maybe he should think his Twitter rants through a little more before posting.

kanye, what’s up with you lately? The crazy late night tweets, theattack on Wiz, the Bill Cosby defense, only releasing your album on Tidal. It’s like you saw all the hate Martin Shrelki was getting and got jealous.

I’ll let others debate whether or not this was misogynist. To me it just seemed to be an indictment of Kanye’s ego more than anything else, but I just write jokes on the internet so what do I know? Honestly though, Taylor, I think it would have been more effective if you just took the stage, walked up to the mic, and verbatim told Kanye to go fuck himself. And then did the dirt-off-your-shoulder gesture. That last part is non-negotiable.