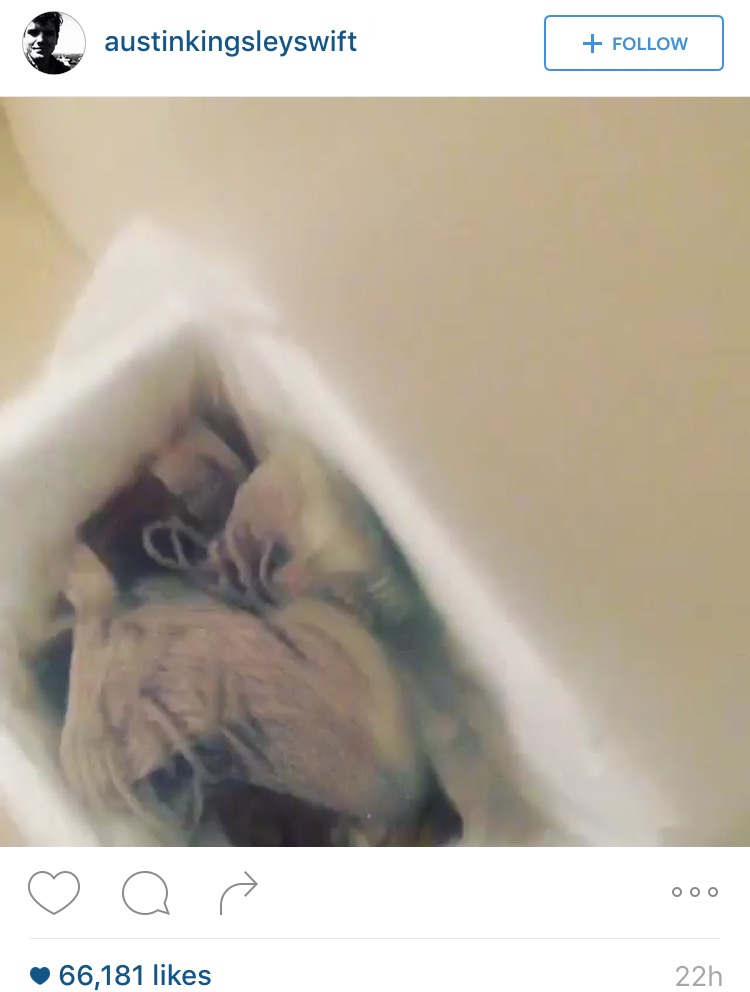 Taylor Swift’s Brother Takes Exception To A Kanye Line, Throws Out His Yeezys

Yesterday Kanye unveiled his new album, and clothing line at Madison Square Garden during his Yeezy Season 3 event and immediately proceeded to court controversy. In the newly debuted song “Famous” Kanye quips that “I feel like me and Taylor Swift might still have sex… I made that bitch famous”, a line that was immediately criticized by many as misogynistic.

Taylor’s brother Austin reacted via Instagram by posting a video of himself whistling as he throws out a pair of Yeezys. This post drew praise from several celebs was widely shared in support of T-Swizz.

Getting a head start on some spring cleaning. Here we go again.

Now, this is the first I’ve ever heard of Austin Swift, so I don’t really know anything about the guy, but I hope he likes sneakerheads digging through his trash. Cause he’s gonna get that for about a week.

The overall debate I’ll stay out of. What matters here is that Austin feels like Ye disrespected his sister. But dude, you bought the shoes. The money is already in Kanye’s pocket. You’re just throwing out your own sneakers at this point.

And for what those cost, I think you’re crazy. If Taylor is actually offended then yeah, maybe don’t wear them to family gatherings, but those is expensive. This is some rich people shit

But I don’t know, nice gesture I guess? You do you. I’m just saying that if MJ talked shit about my sister, she’d just have to deal with it cause I can’t afford to trash a pair of Jordans.

Then again, now you’ve got room on your shelf for the new Yeezys… Just sayin…

UPDATE: The melody that Austin is whistling in the video sounds suspiciously like this WWII British song about how Hitler only had one testicle.