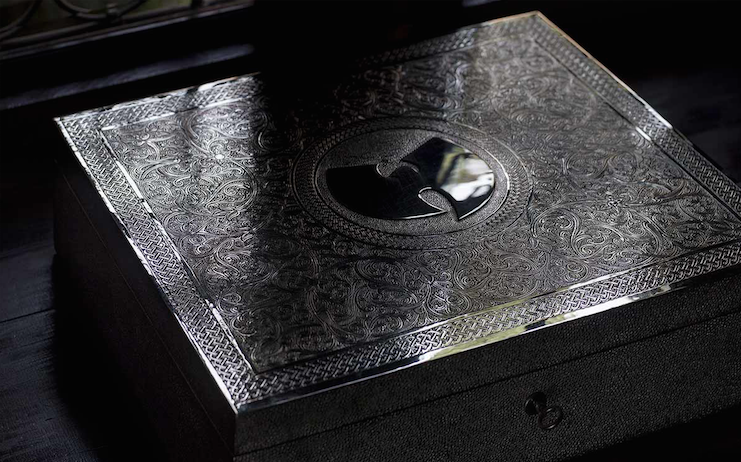 When it was reported that Wu-Tang would only be making one copy of their new album, Once Upon A Time In Shaolin I was confused.

When it came out that they intended to sell that copy for millions I laughed.

When someone actually bought the album I spit out my drink all over the bartender, who was pretty pissed until I explained to him that someone had just paid millions of dollars for an album. In 2015.

But finally our mysterious buyer has been  revealed! Who is it? Who would pa- Oh Christ, it’s this dickbag again.

That’s hedge fund manager Martin Shkreli. You may remember him from a couple months ago when he obtained ownership of the AIDs drug Daraprim and raised the price from $13.50 a pill, to $750 a pill. And now he can add “Owner Of Once Upon A Time In Shaolin“ to his resume, right next to “Certified Asswipe”

I gotta give some credit to Wu Tang here though. Jacking up the price of a common item and selling it to this dude to make a huge profit? The Wu is beating Martin at his own game.