I Need to Chime in on this Wu Tang Heist

This may be because I drank at lunch or because I just rewatched the DJ Kahled motivational video for the 7th time but I’m officially all in on this heist. I’m not going to pretend to be some master criminal (although I did steal a box of frozen burgers from a college stadium once) but I’ve played enough GTA V to know how this has to go down.

The Mark: Martin Shkreli. Everybody knows this guy as “That dude that fucked with the AIDs drug that made everyone mad”. That’s as far as I’m going to go because he looks like the kinda dude that would sue us. The only other thing I’ll say is I genuinely can’t look at pictures of him without laughing. 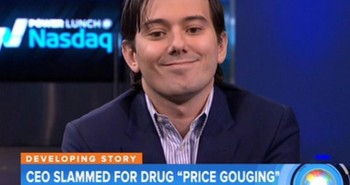 If you google “mousey finance guy that pays prostitutes to go to Galas with him but doesn’t have sex with them” his face probably comes up. 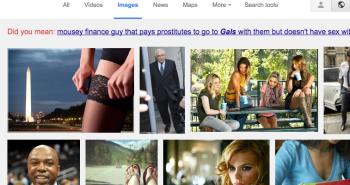 Location: The album was originally held in a vault under the Royal Mansour Hotel in Marrakech, Morocco. It would be much easier if the album were still stored here as we’ve all seen Ocean’s 11 and Morocco is such an elaborate heist country it’s unbelievable. Seriously, it’s a country full of Aston Martins, rich businessmen getting comped at casinos, and elaborate heists. Unfortunately the album has been relocated stateside, with a temporary stop at customs at JFK on March 3rd 2015. We know Shkreli is a life time New Yorker and his office appears to be 6th avenue near 46th street (great, a heist in the middle of fucking Times Square, should be a piece of cake). I’m not going to post his actual address but it was released by hackers and it’s an easy google search away (PS. it’s on 40th street). We’re relatively certain the album will be at one of these two locations.

Ok so we know what’s being stolen (not that I would ever endorse anyone breaking the law), who has it, and where it’s most likely located. Now lets get into the nuts and bolts of the heist:

*I recommend you put on some music to pump you up*

Ok now that you’re starting to feel yourself lets move on.

This is where you’re probably starting to say “Hey KP, you’re not a fucking criminal and this is already 500 words, what are you doing”. Well you can stop reading now because your heart clearly isn’t in this and you’re probably going to back out at the last second and fuck up the whole plan.

Ok so we’re in midtown Manhattan, that means we’re either approaching via car or helecopter. Since the FAA has to approve all non-registered sightseeing company flight plans over that area we’re going with the car. There are 2 ways we could get past his doorman and into his building: firstly we could connect with someone else that lives in his building that is against his drug price hiking policies (shouldn’t be hard) and have them tell the doorman they’re expecting a service visit. Appliance repairman is probably the way to go here becuase it will require the least amount of equipment needed to maintain our cover. From here we either hop in an uber XL (if you have a corrupt uber driver connect now’s the chance to use it) and get dropped off a block away or get in a regular yellow cab and use cash. We walk into the building, get past the doorman using our appliance repair cover and slip into the elevator. The second option is we dress as EMTs and be in a super rush and just run past the doorman into the elevator. We’re going to stick with the first since I don’t know where you buy an ambulance.

We’re in the elevator. Depending on if the elevator shows its floor on the lobby we either get off at our cover floor and go down the emergency stairs to his floor or we just get off where ever we want. From here it’s easy, we have our lock guy pick his front door and we move into his apartment undetected. After that we search his place for the album (since it’s package is a piece of art it will likely be in a glass box near the sound system), secure it’s contents and get ready to move out.

Exit Strategy: our team of 4 will split. 2 people will take off their jump suits to reveal casual clothes, they’ll secure the album in a messenger bag head down the elevator and walk out the front door without the doorman batting an eye. the second team will remain in the apartment, remove the door from the refrigerator (to add insult to injury) and walk out the lobby carrying the door. They’ll make a clever quip to the doorman “Who would have guessed you could break a refrigerator door, assholes” and leave him with the impression you’re returning soon with a new one. They ditch the door and rendezvous with team 1 who is a block away with the wheelman. after that we head down the west side, through the tunnel into NJ and meet up with the Wu in the sticks of PA (long past the point of street cameras). Bing Bang Boom, we just stole a fucking album.

This is the Abbreviated version of the plan. Necessary equipment, personnel recomendations, total cost, and further details can be obtained from SCR Heists & Capers LLC (not necessarily an affiliate of Street Credit Report.com)

As a final note: We do not endorse theft, we are not liable for anyone attempting to follow this plan without our written approval, we are not encouraging anyone to perpetrate theft or burglary, if it works make sure you tag us on Instagram.