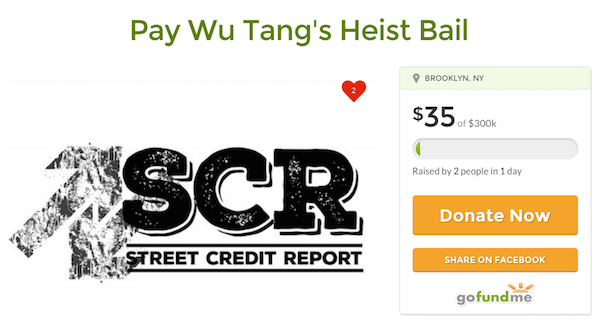 We we’re disappointed when hedge fund asshole Martin Shkreli bought the only copy of Wu Tang’s Once upon A Time In Shaolin.

We were elated when it surfaced that there might be a clause in the sales contract that would allow Wu Tang to steal it back in a Oceans 11 style heist with Bill Murray.

We had some fun theorizing about how this could be done.

We were again disappointed when this turned out to be a hoax.

And then we doubled down and started a fund to bail them out of jail if this were to happen.

That’s the story so far. To donate to the SCR Wu Tang bail fund, go here